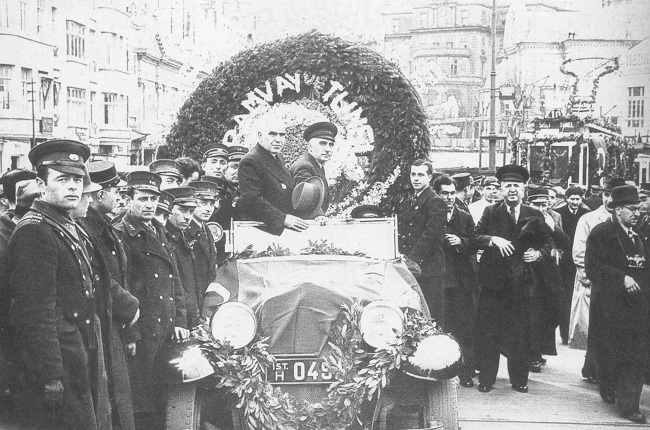 Public transportation in the city of Istanbul officially started August 30, 1869, with the agreement relating to "The Tramway in Dersaadet and Its Facilities". The operation of the first horse drawn tram started in 4 lines in 1871. In the same year, the construction of the Tünel, a short funicular between Pera and Galata, started. The funicular opened to service on December 5, 1874, the second oldest subway in the world after the London underground; today it is still in service. Shift to electricity tram took place on February 2, 1914 and starting from June 8, 1928, tram operation was effective on the Anatolian side. The tram, Tünel, bus and electricity establishments, which had been operated by various foreign companies, were nationalized in 1939 and gained their current status under the name of the Directorate General of IETT Establishments. In 1945, Yedikule and Kurbağalıdere gas plants and the Istanbul and Anadolu gas distribution systems fed by these plants were taken over. As a result of the amendment in the TEK (Turkish Establishment of Electricity) law No: 2705, dated September 9, 1982, all electricity services, along with their rights and responsibilities, were granted to TEKB. In June 1993, in compliance with the orders of the Metropolitan Municipality, town gas production and distribution activities were terminated. Today İETT provides only public transportation with buses, BRT (Metrobüs) and Tunnel Operations and also responsible for management and inspection of Private Bus Transit Services.